Jacinta Tigga is new to the city that takes pride in being called the cultural capital of the country. She had heard a lot about Kolkata from her mother Mindy who is a bookworm. Some of the finest brains of the country were born in this land and she was overtly excited as the erstwhile capital of the country doesn’t have the ill reputation of being indifferent to outsiders. Being the daughter of an ex-army personnel Col John Tigga, she was brought up with nationalistic values for the motherland along with her younger brother Amos. Both the siblings went to Ministers’ Hill Baptist Higher Secondary School in Kohima, where they were born and raised. While her brother is still studying in the 9th standard, she has recently graduated from Mountain View Christian College, affiliated to Nagaland University. 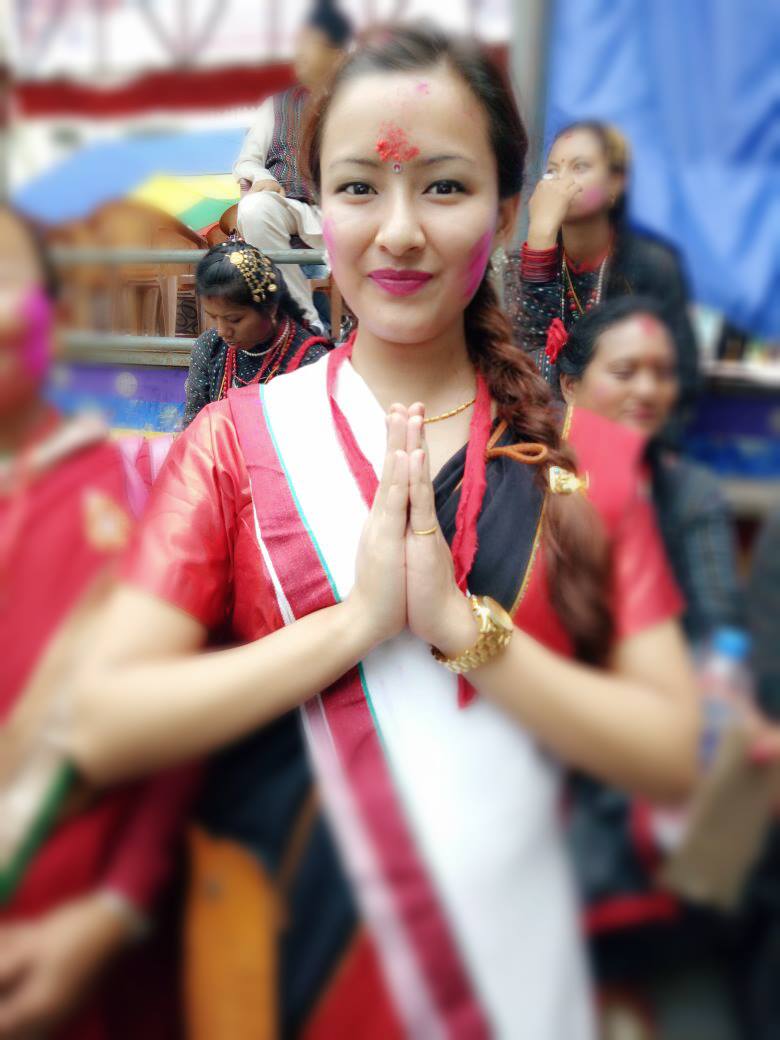 She landed up in Kolkata via an Air India flight as she is expected to join a leading ITES conglomerate as a fresher and we all know how the northeastern candidates are targeted by the BPMs for their proficiency in speaking the queen’s language. Her initial accommodation has been arranged at a nearby location from the office, where she will have to adjust with many other new joinees who are relocating from their native places. This would be a temporary arrangement. Within a fortnight they need to find accommodation on their own. They will be introduced to some property dealers who are supposed to help them find a shelter in this big city.

Everything went well during the induction and she found the on-board process very interesting. The HR executive who did her documentation introduced himself as Arun Samuel. Jacinta initially found him scary, maybe of his dark complexion something very unusual in the North East and even in other parts of North India. But she found him warm enough and repented for thinking otherwise on the ground of someone’s skin colour. Just to break the ice she asked him “May I ask you a question, Sir?” Arun replied, “Are you talking to me?” Jacinta said, “Well, do I look like a squint, Sir?” Arun said “No, you don’t. But my name is Arun and I was never knighted by the queen as I have never been a citizen of any British colony.” Both burst into laughter. Jacinta rebutted “Then how can I address a senior by his first name?” Arun assured her that it is the norm in any corporate sector. They address the CEO and VP by their first names too. If she is too insistent then she may address him as Mr. Samuel.

The training started off well. The trainer Arpan Banerjee seemed to be a soft-spoken, genteel and well-educated individual. As a middle-aged man, he had lots of experience in facilitating trainees to gain confidence while speaking with overseas clients over the phone. He trained them well about culture, phonetics, syllables, intonations and rebuttals. The entire training batch found him as a very motivational person until one day a trainee named Tauseef asked him a question. “Sir, what are the Muslim areas in Kolkata?” Arpan looked shocked to hear such a question. “Has it got anything to do with the training Tauseef?” He asked. Tauseef continued “No Sir! I want a Muslim location to settle down.” Jacinta was wondering if she heard that India is a secular, pluralistic and multi-linguistic country. Still, people have divided areas on grounds of religion. Mr Banerjee echoed her sentiments. “Listen Tauseef you are asking an inconsequentially divisive question to a responsible citizen of this country.” You can settle down anywhere and let me assure you that if you face discrimination, then you can approach the local police station for help. Else the entire country from Kashmir to Kanyakumari is ours.”

“Not Kashmir Sir! India occupied Kashmir.” Arpan replied that he is not interested in entertaining his queries anymore as it is taking a political turn and probably no sensible colleague in the organization can offer him a solution. During the break, Jacinta approached him directly. “Hey, Tauseef! You know I am shifting to Keshtopur this weekend. The flat owner is looking for two male tenants in his Jadavpur apartment. Do you need his number?” “No Chinky” replied Tauseef. “Excuse me! What did you address me as?” challenged a perplexed Jacinta. “Chinky as you have a Mongolian face, so you are either a Nepali or Chinese”, said Tauseef. Jacinta was shocked. She couldn’t hear Tauseef saying “I can only stay in a Muslim locality where I can avail  halaal meat only and I can’t stay with kafirs who all are non-believers.” Reporting the incident to her trainer, she was more shocked to listen to his advice that you can’t change the mindset of individuals. It is a futile exercise. People like Tauseef believe in stereotyping and probably had been a victim of the same in the past. They love generalizing.

Many in the training batch now started calling her names. One even asked, “ What the hell are you Chinese people doing in India?” This is what perturbed her the most. She started feeling lonely all of a sudden. Even in her new rented apartment, she feels isolated as her flat-mates are from Bihar, Jharkhand, Orissa and Burdwan, WB. Nobody really understood her it seemed. Even when she ventured out she heard the taunts and cat callings. She started feeling, “Why are we different? Is it our fault that we resemble Nepalis and Chinese?” No wonder, these are the people her father fought for while in the army. You all raise slogans in praise of Bharat Mata. But have the least respect towards the ones who all secured its sanctity, unity and integrity. Reporting the racial slurs to the boss can evade the jeers inside the office premises, but what about the unnecessary mockings outside!

She was doing reasonably well in her job. Rather she had all the qualities to perform exceptionally well. Soon, an office party was announced. A lounge was booked for the same. All started boozing hard. She joined in too. But again she was booed by a few team members. Her boss boozed so hard that he was not in his sense. Arun was present there and he intervened. He gave a strict warning to her colleagues that he would escalate this to the top management and would ensure that the harassers are severely dealt with. He took Jacinta away from the party.

A restaurant was opened nearby. Both started exchanging their ordeals. Arun shared his trauma how he was assumed to be a tribal because of his skin colour, though he was not one. The dark complexion that he had was very common in Kerala, his native state. So he didn’t quite realize that he could be ridiculed racially. So what, if he was a tribal? They have a right to dignity too. They had a nice time together. Jacinta started gaining confidence after listening to the way Arun fought all adversities and have reached a respectable position. He is an ideal role model who maintained a low profile and believed that ignorance is bliss. By midnight Arun dropped Jacinta home. Next day was an off for both of them.

Probably after a long time, Jacinta slept peacefully as if things seemed to be in order. She woke up at 11 am and checked her phone. A message from Arun which was an invitation to the nearby coffee shop during the evening. She started wondering what to wear. Then she started pondering as to why she is so concerned about her attire for a casual meet! And yes! They met at the coffee shop. Arun put his hand on hers and said “I love you, Jacinta! I want you rather I need you for the rest of my life.” Jacinta started blushing and said “Well, Arun before I say anything, I must confess that even I felt that you were awful during our first meet. But now you are probably the only person in this city who I can blindly trust. Give me a couple of months time please.” Arun said “Granted, but promise me that you will fight whenever and wherever you need to. You are defending your own respectability and you in no one’s mercy. None is doing you a favour by being nice to you. The country belongs to us and we will continue to stay here.”