Let us highlight the topic we are mostly oblivious to. It is about the existence of active Slave Markets in Calcutta during the mid-18th century. Slaves who were brought by the Portuguese and Burmese merchants and pirates were regularly traded throughout Calcutta, mostly on the riverfronts and the outskirts of the city. The Portuguese ships often docked at Budge Budge, presently located in South 24 Parganas. The consignments were brought to Calcutta through roadways or on small riverboats. 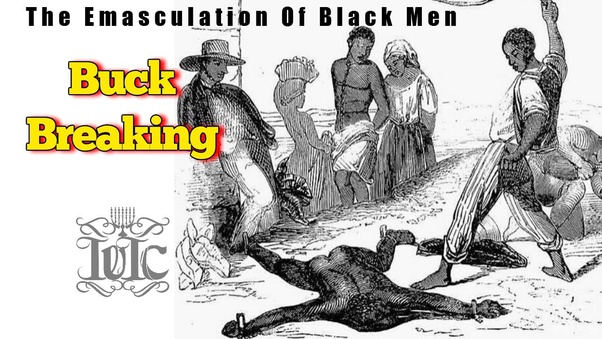 The slaves who were brought to Calcutta were generally captured through piracy. The Bay of Bengal once happened to be an epicentre for pirates across multiple nationalities. The most opprobrious of them were the Mog (from Burma), the Portuguese, and at times the Dutch, who all ravaged the ships in the then commercial highway of Bay of Bengal, looted them and sold the survivors into slavery. Well if you are feeling goosebumps, then this is just the tip of the iceberg.

The pirate ships, including Dutch, English, and French commercial vessels would sometimes swindle and devastate the coastal countryside and incarcerated men and women as bounty. These imprisoned slaves, of both genders, were traded in various ports. The unfortunate souls ended up being domestic servants, cooks, barbers, coach drivers, entertainers. There was a huge demand for African slaves (known as Coffree or Kafri) in some port cities. These ethnic Africans were generally brought in by ships returning from Europe, picked up as they made their way to India or Southeast Asia around the Cape of Good Hope, enfolding the notorious slavers’ coast of West Africa.

There were two other categories of slaves available in the market. One was the bankrupt people of the Eurasian ethnicity (Anglo-Indians, in the contemporary term) and the other one was the barely broke Englishmen and other impoverished Europeans, who voluntarily entered the slave market to earn a living for survival. These two groups wanted to break away from their uncertain social and economic positions. They were unsettled and were considered outcast in the eyes of their fellow community members. Slavery offered them some solace in the form of security and ensured that they would be sustained and accommodated by their masters. 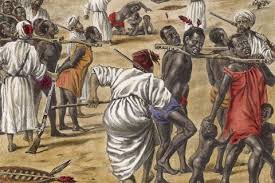 Let us go through a few interesting slave trade-related advertisements that were printed and circulated throughout the city in the 1780s. I am re-publishing A few of them are being republished here (From Long, 1852):

Two Coffrees who can play very well on the French Horn and are otherwise Handy and Useful about a house relative to the business of a Consumer, or that of a Cook; they must not be fond of liquor.

Any person or persons having such a dispose of will be treated with by applying to the Printer.

A Coffree Slave Boy; any person desire of disposing of such a boy and can warrant him a faithful and honest servant, will please to apply to the Printer.

Two French Horn Men, who dress hair and shave; and wait at the table.

A Fine Coffree Boy that understands the business of a butler, kitmugar and cooking. Price Four Hundred Sicca Rupees. Any gentleman wanting such a servant, may see him, and be informed of further particulars by applying to the Printer.

From the service of his Mistress, a Slave Boy aged twenty years, or thereabout, pretty white or colour of musty, tall and slender, broad between the cheekbones, and marked with smallpox. It is requested that no one after the publication of this will employ him, as a writer, or in any other capacity, and any person or persons who will apprehend him and give notice thereof to the Printer of this paper shall be rewarded for their trouble.

From the house of Mr Robert Duncan in the China Bazar on Thursday last, a Coffree boy about twelve years old named Inday; whoever brings back the same shall receive the Reward of the Gold Mohur.

On one occasion in 1781, we also come across an advertisement published by the Portuguese Church of Calcutta (The Cathedral of the Most Holy Rosary) to dispose of two African slave boys owned by a deceased Portuguese priest.

TO BE SOLD BY PRIVATE SALE

Two Coffree Boys who play remarkably well on the French Horn, about eighteen years of age, belonging to a Portuguese Paddrie lately deceased. For particulars, enquire of the Vicar of the Portuguese Church.

The Slavery Abolition Act was passed by the British Parliament in 1833 and it ensured that the entire business of slave trading becomes illegal across the length and breadth of the British Empire.  The territories governed by the East India Company, including Ceylon and the South Atlantic island of St. Helena, were exempted. The East India Company lobbied in the British Parliament tirelessly during the hearings leading up to the passage of this Act. The Company rebutted in its favour that what existed in its territories in South Asia was something called Free Labour (which itself is a vague concept and an absurd one too) and not slavery, as it is in the sugar colonies of the Caribbean islands. In 1843, slavery was finally outlawed by the East India Company in India.